Helping millions smile or reflect since 2001…

Randall Franks began writing the newspaper column Southern Style in February 2001 sharing boyhood stories, humor, commentary on daily life, tales shared from my mother and folks from the Gravelly Spur Mountain, features on friends from TV, Music and Entertainment. Since beginning in one local newspaper, the column has become a mainstay in newspapers across the South and Midwest from the Carolinas to Texas. Franks was awarded over 20 state and one national press association awards. 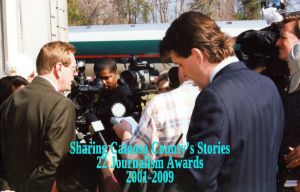 This archives begins with columns written beginning in December 2009. Thank you for having an interest…..