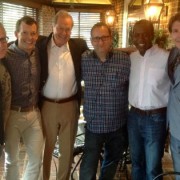 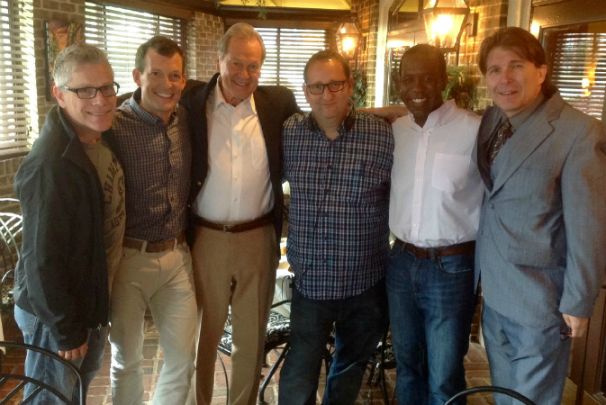 I like so many others have wondered why are there not more good people serving politically.

I come from a family that has always been politically active. As a child, I helped to go door to door as my mother encouraged people to vote for a particular candidate she and my father were supporting. I have helped hand out buttons, stickers and everything in between.

END_OF_DOCUMENT_TOKEN_TO_BE_REPLACED

Karen Peck and New River won the Southern Gospel Album of the Year for their newest CD titled Pray Now. The Award was presented at the 46th Annual GMA Dove Awards Ceremony in Nashville, Tennessee on October 13th. Wayne Haun produced the project.

END_OF_DOCUMENT_TOKEN_TO_BE_REPLACED

Pat Boone is expanding his horizons by recording his first ever R&B album. And not one to do things in a small way, he was thrilled to work with some of the genre’s biggest superstars of all time! He has powerful duets with James Brown, Smokey Robinson, Earth Wind & Fire, The Four Tops, and KC & The Sunshine Band plus members of Kool & the Gang, and Sister Sledge and even Hip Hop legend Kool Moe Dee. By joining with Cleopatra Records, this stunning album now has national distribution is available to his legion of fans worldwide.

END_OF_DOCUMENT_TOKEN_TO_BE_REPLACED 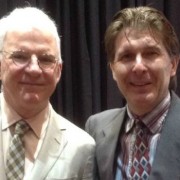 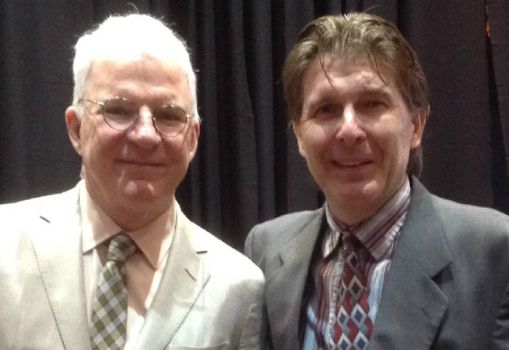 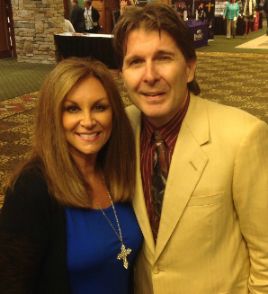 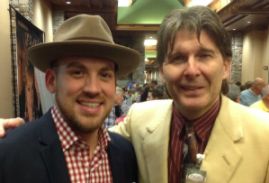 I was honored to stand just off stage a few feet to the right of American Icon Steve Martin Oct. 1 as he accepted his IBMA Distinguished Achievement Award. Directing such a moment will be one of my greatest memories. He described his career of playing banjo as an “Oh No” each and everytime someone else innovated a style or technique he needed to learn. The honor is more than appropriate considering that his career has shined a light upon bluegrass legends and current talents. Alongside him receiving the same award were banjo stylist Murphy Henry, banjo stylist Alison Brown, the late Grand Ole Opry star Bashful Brother Oswald, and the International Bluegrass Music Museum.

END_OF_DOCUMENT_TOKEN_TO_BE_REPLACED

Grand Ole Opry friend Jeannie Seely celebrated her 48th Anniversary with the show recently.
“The Grand Ole Opry has been a part of my life since I first heard it at four years old,” she said. “For many years it seemed like an impossible dream to even attend it, let alone be on it. After I started seriously pursuing my career, I made it my goal to, someday, somehow, become a member of the Opry!”

END_OF_DOCUMENT_TOKEN_TO_BE_REPLACED

As part of the country music family I have been blessed to do shows with these country friends. They are all adding to the fall colors with their latest musical sounds and shows.

END_OF_DOCUMENT_TOKEN_TO_BE_REPLACED

One of my favorite people to find myself in the company of is Rex Allen, Jr. He was a favorite singer of mine and I always enjoyed the visits we shared. I always enjoyed seeing him as a regular on The Statler Brothers. Show on The Nashville Network in the and Yesteryear.

END_OF_DOCUMENT_TOKEN_TO_BE_REPLACED

Internationally loved country music icon, Don Williams, is set to bring his hits to fans old and new when he kicks off his 2015 Tour in September.

“Mercy, the fans have kept us going for years, and I am glad to share the music with them once again,” Williams said.