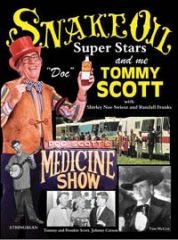 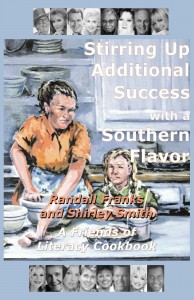 Entertainer, actor, author and syndicated columnist Randall Franks, “Officer Randy Goode” from TV’s “In the Heat of the Night,” co-authored the project released 2009 with Shirley Smith welcoming celebrity friends from music, movies and television, to raise funds for Catoosa County’s Learning Center near Ringgold and its programs.
Franks previously served as Catoosa Citizens for Literacy chairman and co-chairman and is currently a taskforce member. The organization coordinates the Learning Center.

The collection features recipes from more than 100 of the south’s personalities, politicians, performers from television, movies, country, bluegrass and Southern gospel music, as well as members and supporters of the Catoosa Citizens for Literacy and students of the Catoosa County’s Shirley Smith Learning Center located just outside Ringgold.

Smith, who is the Learning Center executive director, is excited to find a new worldwide avenue via the internet for the fundraisers.

“These books are wonderful collections which reflect the people and places in Catoosa County and recipes from not only the celebrities but from the students, teachers, volunteers, supporters and CCL taskforce members which helped uplift the lives of so many families in Catoosa County,” Smith said. “The books share stories of the Learning Center including numerous student successes. Anyone should want to make one of these  part of their family keepsakes.” 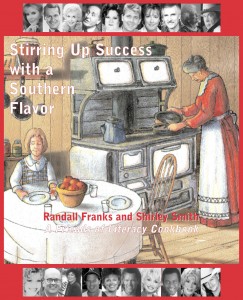 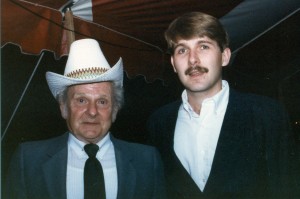 When I started as a disc jockey in radio at WRFG in Atlanta, Ga., the influence of musical preferences of the hosts T.P.  and Sandra Hollomon of the Bluegrass Festival impacted me with every drop of needle.
I had known the music of the Stanley Brothers since I began listening to mountain music and as I learned to play, songs they popularized such as “Rank Stranger” and “White Dove” became regular additions to jam sessions.
The music of Ralph Stanley became part of my life largely from T.P.’s admiration.
Stanley was born and raised in southwest Virginia, a land of coal mines and deep forests where he and his brother formed the Stanley Brothers and their Clinch Mountain Boys in 1946. Their father would sing them old traditional songs like “Man of Constant Sorrow,” while their mother, a banjo player, taught them the old-time clawhammer style, in which the player’s fingers strike downward at the strings in a rhythmic style.
I was saddened to learn of his passing recently at the age of 89. I was glad I was able to share with him what he meant to me in the final year of his life through my book “Encouragers II : Walking with the Masters.”
As my star as a singer and musician began to rise, I found myself performing for the Grand Ole Opry and standing side-by-side with legendary performers including Ralph. I also began appearing in festivals with him and his Clinch Mountain Boys including a 1988 appearance at the IBMA Legends of Bluegrass show.
Among the former band members were include Curly Ray Cline, vocalist Larry Sparks and Melvin Goins. He would change the lineup of the band over the years, later including Jack Cooke, and mentored younger artists like Keith Whitley and Ricky Skaggs, who also performed with him.
As time went on, my association with Ralph and various members of his band grew. I remember the birth of Ralph II and was so proud to see him come to the stage to perform and grow in music. Eventually our association brought me to produce Dr. Ralph in the studio and record with him. I stood by him on stage so many times performing, I could not count them. One of my greatest honors are the occasions he shared with me that over the years that he had become a fan of mine and looked forward to seeing my performances.
Ralph’s career exploded after his musical involvement in the film “O’ Brother Where Art Thou” as the rest of the world learned what a true treasure he was.  At the of age 73, he was introduced to a new generation of fans in 2000 due to his chilling a cappella dirge “O Death.” The album was a runaway hit, topping the Billboard 200 chart, as well as the country albums and soundtrack charts, and sold millions of copies.
His Renaissance saw his induction into the Grand Ole Opry and his winning three Grammys.
He won a Grammy for best male country vocal performance in 2002 — beating out Tim McGraw, Ryan Adams, Willie Nelson, Johnny Cash and Lyle Lovett — and was the focus of a successful tour and documentary inspired by the soundtrack. The soundtrack, produced by T Bone Burnett, also won a Grammy for album of the year. The following year he and Jim Lauderdale would win a Grammy for best bluegrass album for “Lost in the Lonesome Pines.”
He said in an interview with The Associated Press in 2002 that younger people were coming to see his shows and hear his “old time music,” and was enjoying the belated recognition.
“I wish it had come 25 years sooner,” he said. “I am still enjoying it, but I would have had longer to enjoy it.”
Despite health problems, he continued to record and tour into his 80s, often performing with his son Ralph Stanley II on guitar and his grandson Nathan on mandolin.
His funeral service was held at his bluegrass music park near McClure, Va. His music will sustain the mountain sounds for generations to come and his legacy is in the hands of his musical grandchildren who continue to thrill audiences as they build a legacy of their own.