News Blog
You are here: Home1 / News Blog2 / News Updates3 / Actor/Entertainer/Author Randall Franks finds the fiction within for his... 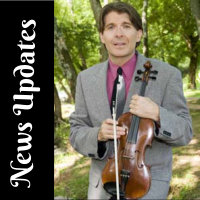 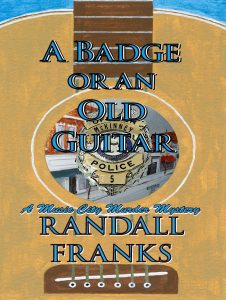 Award-winning author Randall Franks, best known as “Officer Randy Goode” from TV’s “In the Heat of the Night,” moves his focus into the realm of fiction with his upcoming November release “A Badge or an Old Guitar.”

“After sharing snippets of fiction in my syndicated columns, I am excited to bring an entire story to life between the covers of a book,” Franks said. “Sharing entertaining stories for television through scripts became one of the areas that mentors such as Carroll O’Connor and Alan Autry inspired me to create.”

Order the Kindle or other downloadable version on Amazon.com

Franks won the W.G. Sutlive Award for his very first book “Stirring Up Success with a Southern Flavor” and after authoring eight non-fiction books since 2003, he has been polishing his latest effort with his long time editor/contributor Rachel Brown Kirkland for weeks.

“My first foray in fiction for some of my readers who watched me on television will feel as comfortable as slipping on a well-worn glove,” he said. “Set in the small Southern town of McKinney, Ga., we meet a cast of unique characters that circle around the life of main character McKinney police officer James Randall.

“While he attempts to hold on to his normal routine, his friends and all he has known in his life as an officer is shaken by circumstance, especially after Nashville comes calling to make him a star,” he said.

Thrown into a world he does not know and really does not think he desires to know, Franks said his main character lands in the midst of a classic murder mystery on the streets of Music City. 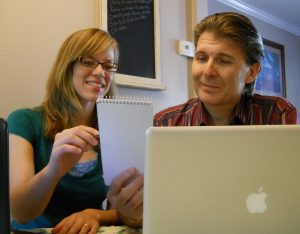 “Music City is such a wonderful part of my life, it was fun to create a bit of intrigue winding the musical strings of this murder mystery between the fictional characters that drive our adventure,” he said.

With 24 career albums in four genres, he has performed to over 145 million fans around the world. Musically, he is recognized as an International Bluegrass Music Museum Legend and Independent Country Music Hall of Fame member. His latest CD is “Keep ‘Em Smilin’” featuring Christian music and comedy. He is a syndicated columnist featured in newspapers across the Southeast and Midwestern U.S.

“I hope folks will enjoy putting on ‘A Badge or an Old Guitar’ and riding along in an old pickup truck for the adventure to see if James Randall’s life spins beyond his control or if the song in his heart reaches out to touch us all,” Franks said.